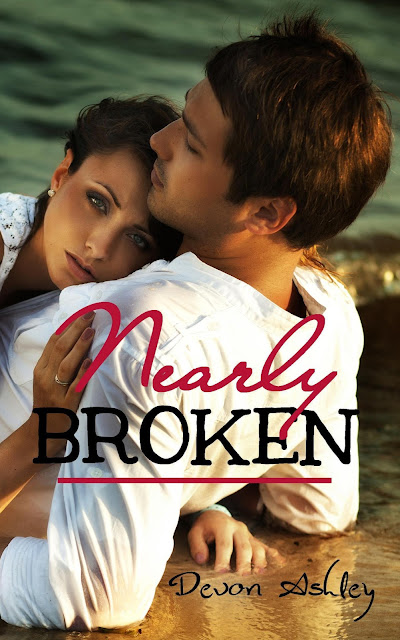 We’d both gone missing at one point, but Claire had one thing I didn’t. Someone to notice. So why was I the one still here and she the one still gone? Nineteen year old Megan Smith has spent the past year working in a small town diner in the middle of nowhere. Life is quiet, simple, safe. Then comes the news that her look-a-like has gone missing. Claire.Still damaged both physically and mentally, Megan's not looking to be noticed. Wherever she goes from here, it's a road she needs to take alone. But when Nickolas Ellis takes the job as the new nightshift cook, it scares her how easily her defenses crumble down, down, down for him. But there are secrets she can't bear to share with just anyone, unspeakable acts that continue to haunt, and when the similarities of Claire’s abduction couples with the fear of an unwanted visitor in town, the urge to run before it all happens again intensifies, threatening the only happiness Megan's ever found.New Adult Romantic Suspense / Realistic FictionRecommended for 17+ for mature and disturbing situations, language and sexual content.

I rated Nearly Broken four leaves! This book seriously should have come with a warning. So, I’ll go ahead and give it to you. I thought this book would be a light summer read, and it was in the beginning. But after the truth comes out, the book becomes twisted, dark, and heart-breaking. It touches upon the themes of human-trafficking and rape. Why was I not warned?! If you’ve ever heard of CJ Roberts’ Captive In The Dark series, you might have already been exposed to this. I have, and I loved that series; however, this book, despite its shared dark side, is totally different. It made my heart hurt in another way. Regardless, this book is still phenomenal. I’ll admit, it was hard to finish, but with characters like Nick and Megan, how could I not?


Nick kind of reminded me of Will Cooper from Colleen Hoover’s Slammed series, in how sweet, patient, and attentive he was. He was there for Megan in every way. Even when she didn’t think she needed him or even when she didn’t say anything, he knew what she needed or wanted. It was so very awww-inducing. I loved him. Megan is insanely strong. She has this incredible survival instinct, and knowing what she’s been through tears me apart. I don’t think I would ever be able to endure the same stuff she has been put through. I never got angry with her, which is rare because I usually end up hating the heroine for at least one part of a book. Well, the only parts I hated her were when she kept denying the hot chemistry between her and Nick. Oh, and when she actually did get Nick, because let’s face it, Nick is perfect. They are truly soulmates, and despite how many challenges they are put up to, I had no doubts in my mind whether or not they would make it.
Another note, I can’t say much about the plot without giving anything away. The synopsis is pretty vague for a reason. This story hits hard. Surprisingly, I was sucked into it from the very beginning. Devon Ashley is one heck of a storyteller. She added just the right amount of angst, mystery, desire, darkness, hope, and love into this emotional read. I’ve never cried while reading a book, but I think Kleenexes might be handy for this one. Not only was the plot a wild roller-coaster, but the characters are very potent. You can’t help but feel everything they’re feeling, which takes great skill on Devon Ashley’s part. I was up until three in the morning starting and finishing this book (total accident, by the way). I had an idea of what was coming, and I wanted to hide, but I really just couldn’t. No matter, the ending hit even harder than I expected. Don’t worry, there is definitely a happily ever after. After all that Megan went through, she freaking needs one! Although, I can’t help but wonder if there is gonna be another book in the series. I mean, there really could be. Not to mention, I would loveee to see some crucial scenes from Nick’s point of view *hint, hint Devon Ashley*. But anyway, I was totally caught off-guard by my first Devon Ashley read, and I must say I will definitely be looking into more of her books. 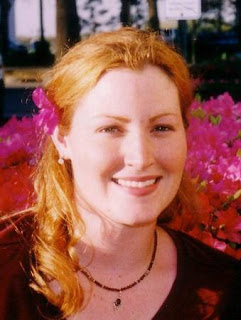 I’m a mom, wife, a lover and a fighter, coffee addict, wicked knitster, Microbiologist, baker of fine yummy treats, and someone who will fight you to death for that last twinkie bag of M&Ms during the zombie-apocalypse. Seriously, my addiction is that important to me. Oh yeah, and writing is cool too! 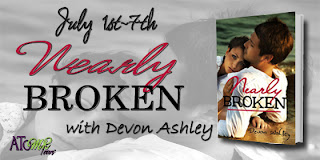 Email ThisBlogThis!Share to TwitterShare to FacebookShare to Pinterest
Labels: Giveaways, Review by Tricia

Promote Your Page Too

Search Your Next Book Here