Andy Devine is advertising for a wife on a utility pole, and interviewing him is the last thing TV reporter Julie Knott needs. Especially after her cheating fiancé just tweeted their disengagement. Now she has got to choose: get the story—or become it?

Wanted: Wife
Landed, Financially Secure 40-Yr-Old Male
*Handsome, but with old-school communication skills and a secret past*
Seeks Healthy, Athletic Female
*Preferably a pretty reporter with a messy love life who has never spent a day in the woods*
For Marriage and Family
* What could possibly go wrong? *
If you love the humor and romance of Rachel Gibson and Susan Elizabeth Phillips,
don't miss the fabulous debut of Gwen Jones.

Julie Knott is a reporter for the quirky and unusual news stories. She has made a name for herself in and outside of the newsroom. With a successful, job-secured spot in the news and a hot-shot agent for a fiance, Julie thought her life was right on track. Two weeks before their engagement, Richard dumps Julie for the same, famous, opera singer he was seeing before Julie stole his attention. He kicks her out of their apartment, freezes her bank account, and even has a hand in her demotion at work the very next day. The day before her demotion, Julie and her best friend/cameraman are sent out on a story about a man, Andy Devine, who is searching for a wife through fliers on utility poles.
Andy is a mystery. He is untraceable via the Internet, so digging up a background on the guy is absolutely impossible. In fact, Julie's first glimpse of Mr. Devine is at the wife "auditions" held at a small town fire house. With Andy's permission, Julie interviews each interviewees. As the interviews continue, she is graced with many interesting "characters."
"Chica, I have nothing against spreading myself like Excel."

After Andy ends the interviews, Julie approaches him for a few last questions when he offers her the job. She is surprised, but takes his card out of courtesy. The next day, Julie breaks down at the realization that she basically has no job (at least not the job she loves), no place to live, and no money. Andy Devine's situation provides a quick fix for the living and money difficulties, and also gives Julie an idea for a book she has always wanted to write. She connects with a publisher contact and devises a plan to write about her time on the farm with Mr. Devine.

Yes, a farm. The contract between Andy and his future wife states that she must fulfill the duties of an everyday farm wife including cooking, cleaning, helping Andy restore the rundown farm, and bearing his children.

"As I stood there, fresh from cooking over an open fire, from showering under a barrel, from watching my bare-chested, vegetable-gathering, cow-birthing, wood chopping, 'coon-shooting husband strop a straight razor for his shave, a realization flooded me: this wasn't a farm. This was a detox from the twenty-first century."

After an awkward wedding and an unexpected, steamy scene on the back porch, the couple grows in their affection for each other and eventually, love. The only problem is Julie only plans to live out the preliminary three-month contract, but her feelings for Andy and her passion for farm life weighs heavy on her heart.

"But for now I was in a place filled with natural rhythms, with a man strong and beautiful, filling me. So as he whispered words that sounded too achingly lovely, I let each thrust of his lovemaking remind me that sometimes nothing matters but the moment, and what's right in front of you."

"...I'd always remember this small slice of time when what I was was just enough,..."

I rated Wanted: Wife with four and one half leaves. I was honestly surprised by how much I enjoyed this story. They always say, "Don't judge a book by its cover." I really do try to obey that life lesson, but sometimes I find myself letting the cover do all of the talking. The book's description had me intrigued, but I was thrown off by the cover. It appeared to be a cheesy, Sunday-afternoon, beach read, but I was so wrong. Julie and Andy's story is a good mix of the old, western, love stories of a male-order bride with a modern twist. There were a few slow spots in the beginning when the author was setting up Julie's character, but overall, I really enjoyed the pace of this story. Another favorite part of the story for me was the french language. Don't let this sway you. Download a translation app and enjoy the frenchy-sex scenes. I was always really excited to type in Andy's words and to be surprised by their dirty, and sometimes sweet, English meanings.

Throw in a little angst, a lot of secrets, and a big twist and you are in for one sweet, escape-inducing read.

Gwen Jones, after spending years writing several unpublishable novels, decided to learn what she was doing wrong or give it all up. So after earning an MFA in Creative Writing from Western Connecticut State University, she’s now so good they even allow her to teach there. An unabashed born-and-bred native of Southern New Jersey and the Jersey Shore, she lives with her husband, Frank, and the absolute cutest cat in the world, Gracie. 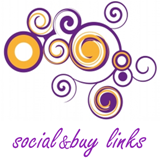 Promote Your Page Too

Search Your Next Book Here